The Nature of Creativity - and How to Nurture It

The Nature of Creativity - and How to Nurture It
Author: Prof Ng Tai Kai 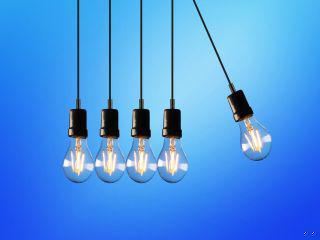 Creativity is often referred to as the most valuable human asset in the 21st Century. However, the nature of creativity remains elusive – its origin seems to be mysterious and there is no systematic way of nurturing creativity in regular schools. In this article I shall introduce some of our modern understanding of creativity. The key message I want to introduce is that real-life creativity involves a complicated set of mindsets and skills in the domain of 21st Century Competencies. Although we do not understand fully the nature of creativity, we know some of the most important factors that contribute to ‘successful’ creativity, and from which we know how we can encourage more creativity in schools, universities, and real-life.

First of all, let me distinguish between two views/definitions of creativity. Definition one defines creativity as the ability to generate original, new ideas, whereas definition two defines creativity as the ability to create something which is new and ‘useful’ – which may include anything ranging from a new cell-phone to a piece of mathematical proof which only ‘high-power’ mathematicians can understand. I shall call the first definition ‘creative ideas’ and the second one ‘creative products’ (some people distinguish the two by equating ‘creativity = creative ideas’ and calling the ability to make creative products ‘innovation’). In the domain of 21st Century Competencies, it’s often the second definition that is being used, as it is more relevant to human society. The two different definition leads to a different emphasis on ‘what is important’ in the nurturing of creativity.

Divergent thinking is the ability to think of different answers/solutions to a given question and is the main measure of creativity in the domain of ‘creative ideas’. The more creative you are, the more original, different answers you can provide to a question. An example of a test for divergent thinking is ‘How many ways you can thinking of in using a pair of chopsticks, a coin, or …?’. Non-creative people will think only of using chopsticks to eat, coin as money to buy, but creative people may think of using chopsticks and coins as tools in different occasions, or using them to build beautiful art products, etc.

Convergent thinking is the ability to pick out the right answer to a question out of many plausible solutions. Traditionally, this is considered as a non-creative ability, if you imagine you are asked to pick out the right answers in a multiple-choice test from an open examination. The situation is different if you think in terms of ‘creative product’. Steve Jobs must have considered hundreds or thousands of plausible cell-phone designs when he was inventing smart-phones. How did he know which design is the best? There is no ‘correct’ answer available anywhere! The ability to pick up the ‘right answer’ hiding between lots of uncertain factors - which is convergent thinking in the modern sense, is as important as the ability in divergent thinking when we consider creative products.

The Ability of Asking the Right Question

Traditionally, people use divergent thinking as the tool to detect creativity, and training creativity is mostly about training/ practicing divergent thinking. Most of the creativity-training programmes available on the market nowadays are developed along this direction.

There is, however, a different school of thought emerging among education psychologists and scientists: Let’s ask the question at what stage of life is human being most creative? The answer is actually quite obvious: It’s when a person is just born. A just-born baby knows nothing about the world, and everything it does is not taught by others. It has to be creative and learn everything in its own way to survive and grow. Gradually when a baby grows up it finds out various ‘rules’ it has to follow – first taught by its parents, and then by peers and teachers – on how it should behave if it is to prosper in the world surrounding it, and the baby learns that it must suppress its desire to do everything its own way to become a normal boy or girl that fits into the surrounding world.

In this school of thought, creativity is actually a natural human-born ability. Yes, different people may have different levels of this ability (ability of divergent thinking). But maybe the reason why creativity is so rare in adults is not that the ability is rare, but that it is being long suppressed, and the first things we should do about nurturing creativity are to:

In the usual school environment where teachers have to make sure every kid learns the same knowledge and skills, examinations with standardised answers (or assessment rubric) are being employed to ‘measure’ whether a student has done well in learning. This is an effective tool to make sure that everyone has learnt the ‘correct’ knowledge, but it is poisonous for creativity as it suppresses divergent thinking. Unfortunately, examinations with standardised answers become the dominant assessment tool and are believed to be the major hurdle for creativity in East Asian culture nowadays. What may be even worse is the requirement that every student has to conform to certain standard collective behaviour in schools as it further discourages students to do something different, i.e. be creative. In this regard, many educators have pointed out that creativity can be much encouraged by a flexible, supportive school environment that encourages students to discover their own strengths, search their own interests and explore their own paths of study. 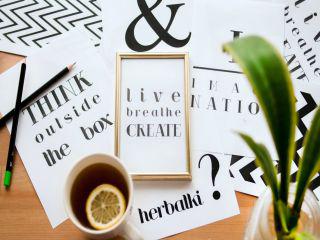 In making successful creative products, besides having creative ideas, the individual who is designing his/her create product encounters many other barriers to overcome, meaning that he/she has to acquire a rich set of other skills.

For example, if the design is a commercial product, the creator may have to have an idea of the cost it takes to create the designed product so that it is profitable but also affordable to the general public. Even if the product is a piece of art or music, the creator has to ‘know’ which design will be most welcomed by people, i.e., he/she has to understand how other people think and feel, which means a high level of both cognitive and affective empathy. Even for a scientist, he/she may have to consider the best way to present his/her findings so that it is most easily acceptable by fellow scientists or the journal editors who decide whether his/her paper can get published.

Besides these skills, it is equally important for the creator to have grit (passion and perseverance) on his/her work to survive the many advice/criticisms he/she may receive along the way of creating the product and to improve the product taking into account these advice/criticisms. This is often not easy because it is often the most creative, paradigm-shift ideas that receive the worst criticism at the beginning (of course, it may also mean that the idea is really bad).

Therefore, within the domain of 21st Century Competencies, creativity (meaning the ability to make successful creative products) actually refers to a very complicated set of mindsets and skills a person has to own to become a successful creator/entrepreneur. Having lots of creative ideas (divergent thinking) is just the first step in the journey towards creativity. 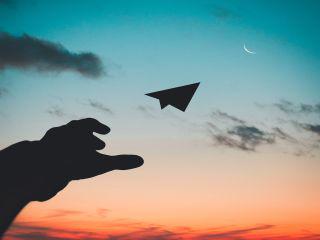 Nurturing the ability to make creative products involves multiple skills and mindset and is a difficult, long-term process that often requires not only personal effort but also a supportive environment that encourages innovative ideas. In the following I shall outline a few suggestions on how we can encourage creativity in an East Asian environment. You are encouraged to look at, for example the Organisation for Economic Co-operation and Development (OECD) website to find out more about implementation of creativity activities at schools around the globe. In reality, one has to be adaptive and creative to build the best model to nurture creativity within one’s own environmental setting.

The question of what the criteria of funding research should be brought up in a discussion with Jewish scientists a few years ago when I was joining a group visiting the Weizmann Institute (Israel). Typically, the funding of research proposals is determined by a selection panel of eminent scientists who would consider the feasibility and potential impact of the proposal, and the research record of the scientist(s) that submit the proposal. During the discussion, the problem of how to view the research record of scientist(s) was brought up. The issue is that in general the chance of success of research goes down if the research idea is more creative! Therefore, a creative scientist will often have more ‘failed’ research records. In most places, the policy of research funding favours researchers with a successful research record (although the research overcomes may not be too creative or useful) because that seems to guarantee ‘better use of money’. In Israel, however, we were told that they would prefer funding those scientists who would persist in working on a meaningful project despite many failed attempts because they understand that important creativity research often have to go a long way before it becomes successful!

In schools, a simple and effective suggestion is teachers could encourage divergent thinking by embracing the idea that ‘there is often more than one valid answer to a question’ in regular classroom and students should be encouraged to express their own ideas, even when the ideas are wrong or not well-formulated.

It is also suggested that education institutes (schools and universities) should not look at examination results as the only reliable measures for student ability since examinations unavoidably require ‘universally accepted’ answers and discourage divergent thinking. It’s worth noting that a number of major universities in the USA have already adopted this policy in student admission.

In general, educators do not believe schools should adopt drastic measures to foster creativity but should make gradual changes to discourage practices that disfavour creativity.

Preparatory workshops for individuals where we go through with the participants the basic aspects of creativity are often useful in igniting creativity. However, education researches indicate that students’ motivation in creativity often fades away quickly after the workshop if a continual supporting environment is absent.

The aim of the workshop is to let the students understand the nature of creativity. The introductory workshop could include:

Group projects are useful in training students’ collaboration skills and building good practices when working on creative products. The project should not stop at the planning level and a product should be produced finally. In the following, I shall outline a plausible set of procedures for implementing group projects. In reality, one has to be adaptive and find out the practices that is best for the group.