A Brief Introduction to Gifted Education

A Brief Introduction to Gifted Education

The purpose of this article is to introduce gifted education to non-specialists.

For a very long time, education psychologists have focused on designing tests that measure the general ability of students to identify gifted students, the most popular and successful test is perhaps the IQ test. There is clearly a strong correlation between IQ and achievement. However, we should also pay attention to the spread of the data. Take Achievement = 120 as an example. We see that the corresponding IQ covers roughly the range 90-130, indicating that although IQ is a good indicator of the overall potential of success, it cannot quite distinguish the potential of individuals with not too far away IQs. It also indicates that besides IQ (which measures cognitive abilities), there are other abilities not measured by the IQ test that contribute to the success of individuals.

Figure 1. The Relationship Between General Intelligence and Total Achievement in a Nationally Representative Sample 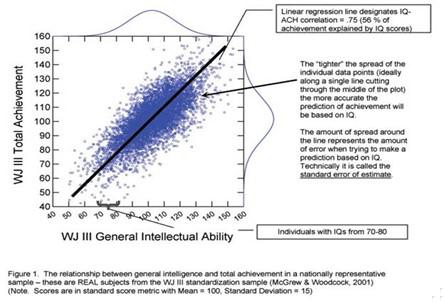 The data presented in Figure 1 are based on unpublished analyses of the WJ III standardization by the ﬁrst author of the current paper (McGrew, et al., 2004)

Source: McGrew, K. S., Evans, J. (2004). Expectations for students with cognitive disabilities: Is the cup half empty or half full? Can the cup flow over? (Synthesis Report 54). Minneapolis, MN: University of Minnesota, National Center on Education al Outcomes.

More in-depth understanding of gifted students and gifted education began in the 1960s-70s where several important scholars in gifted education have laid down the fundamental concepts in modern gifted education. Firstly, Howard Gardner developed the concepts of multiple intelligences, pointing out that human abilities can be classified into many different domains, and many of them cannot be measured by the IQ or general ability test, for example, Musical and Bodily Kinaesthetic abilities. Gifted students are often gifted only in certain domains. 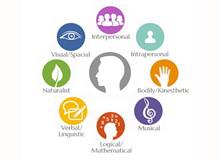 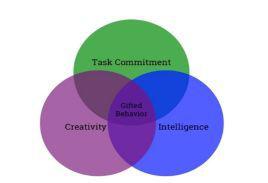 Secondly, Joseph Renzulli has proposed his 3-Ring Model that pinpoints what are the abilities (gifted) students needed to be successful. He pointed out that Creativity and Task Commitment are as important as Intelligence (usually measured by IQ) when we consider individual’s potential for success. This is the first time the importance of mindset (Task Commitment + Creativity) and skills (Creativity) are formally proposed as important ingredients in gifted education.

Following these developments, Francoys Gagne proposed his Differentiated Model for Gifted and Talented (DMGT) which emphasised that like any other students, gifted students need well-designed and well-supported education pathways to fully develop their potential. The education pathways for nurturing gifted students are often different from the pathway for normal students because of their different psychological/ability profiles.

Many later developments in gifted education followed the directions set by these pioneering scholars, including the construction of alternative tests that replace or supplement the IQ test, further elaboration on the importance of student mindsets in their development (for example, Carol Dweck’s emphasis on Growth Mindset, Angela Duckworth’s work on Grit), and development of evidence-based talent development models that go beyond Gagne’s model. There are also more systematic studies on how non-cognitive developments of students may impact their learning (‘20 psychological principles for schoolteachers’, published by American Psychological Association; ‘Thinking, Fast and Slow’ by Daniel Kahneman). These researches touch on fundamental, non-cognitive aspects of (gifted) education and gradually lead to a different, modern understanding/interpretation of gifted education. It should be noted that many of these researches are also tied with the so-called 21st century skills or competencies and talent development, a topic we shall discuss in the following.

The modern view of education emphasises that everyone should have the right to be educated in a way that fits best his/her natural ability and ‘catering for individual learning needs (因材施教)’ is an important direction of education nowadays. Gifted students (and other SEN) are examples of students with strong individualised learning needs. In this sense, the distinction between ‘gifted’ and ‘normal’ students is gradually fading nowadays since every student is unique in his/her own way.

Gifted education is an important, integral part of education in many countries not because of the education need to ‘cater for individual learning’, but because real talents are rare in any society and must not be wasted. Along this line of thought, gifted education is merged with another important direction of education – how to nurture students so that their potential can be fully realised, i.e., talent development.

Much of the researches in gifted education/talent development nowadays focuses on identifying the most important factors that turn gifted individuals into successful professionals or entrepreneurs, and how to design effective gifted education or talent development programmes based on these findings. Many of these studies are bundled with the development in 21st century competencies and STEM education because it is believed nowadays that the profile of successful talents in the 21st century will be very different from those in the 20th century.

The 21st century competencies + STEM emphasises infusion of knowledge from different domains, scientific approach to solving problems, creativity and the development of students’ soft skills and mindsets. This is contrary to mainstream school education nowadays which emphasises on teaching subject-specific knowledge. Among others, the ability to practice creativity successfully is considered the most needed quality for successful individuals in the 21st century and is a modern focus of gifted education/talent development (see my fourth article: 21st Century Competencies and STEM Education for an introduction).

Nurturing these new skills requires very different approaches compared with conventional school teaching and is perhaps the biggest challenge to (gifted) education practitioners. This will be the major challenge the HKAGE faces in its next phase of development.